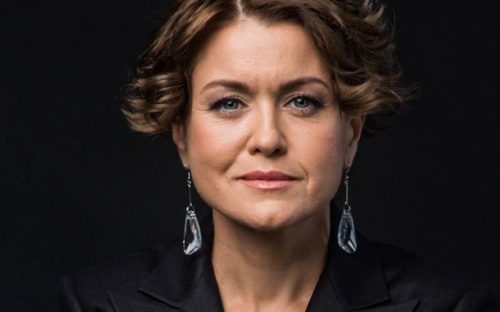 Kyiv, Ukraine, March 7, 2022 / TRAVELINDEX / Nataliya Popovych, the founder of PR agency One Philosophy in Kyiv, provides a first-hand view of Russia’s invasion of Ukraine…In the last couple of weeks our leadership team in Ukraine had to do something I never thought we would have to do. I had to write a letter to my team in Kyiv – 70 talented multilingual professionals, dedicated to creating a better reality for Ukraine and the free world, under the heading ‘Our plans in case of war’. I had to tell them that there would be two plans. Plan A – business as usual – and Plan B. I had to ask them to be ready for the worst.

We had to ask our 29-year old, always cheerful and super organised, office manager Natalia, newly wed and with aspirations to become our chief operations officer one day, and Lisa, my 20-year assistant, university senior and brilliant project manager with great potential, to check out the bomb shelters in Kyiv – the closest ones to our office in the beautiful historic part of the ancient Kyiv.

We needed to make sure that those of our colleagues who may be in the office during the moment when Putin does decide to use the weapons he has been displaying so visibly on the Ukrainian borders in the last couple of months, that Natalia, and Lisa and the other brilliant professionals of One Philosophy will know where to go for safety. During our leadership calls we had to review things like the contents of the escape backpacks and emergency kits, as well as decide on the budgets allocated to making sure that now our office always has them on hand.

We have also rented an extra property in the Western part of Ukraine and have been exploring a number of other options in the EU for those members of the team who would prefer to be evacuated from Kyiv, just in case of war. We enlisted a number of the best psychologists for consultations to provide assistance to team members who would consider this stress unbearable.

We have asked our team members to discuss with their relatives in other parts of Ukraine what their modus operandi would be if/when Russia conducts another major disruption, be it switching off our electricity grid or military incursion, because we needed to know if they would be able to continue to be with One Philosophy or go and save their loved ones. We have consulted clients who needed our support on their own crisis management plans.

And we have checked on the plans of those of our team members, who would be joining the regular army or the resistance movement.

I shared our plans with my colleagues in the network and a number of partners asking them to stop working with Russian clients, experts and partners and to exclude Russia from their strategic initiatives. For a few weeks our office in Kyiv lived in both Plan A and Plan B.

And then on 24 February, Russia attacked Ukraine with a force of 170,000 troops simultaneously from three sides: Belarus, the East and the Black Sea. Everything switched to Plan B. We have all woken up in the wee hours of the morning to explosions on the beautiful streets of Kyiv. One of the explosions was very near our office at Podil.

Days since then have been filled with worries about the safety of our team, of our fellow citizens, of decisions to stay in Kyiv for some and journeys of tears and panic attacks, journeys of not knowing if we will ever be able to come back to the places we love or, in my case, if I would ever be able to see my children outside of Ukraine again, journeys of pride for my nation and our army and defenders, crying together with moms who kiss their husbands goodbye as they go to war, while their spouses cross the border together with children, hearts broken about our senior loved ones, who have no chance of leaving to safety, and just needing to live through — again, for the second time since WWII for them — this hell.

On the sixth day of this brutal war against Ukraine, our team is alive. We are now scattered in different locations; some colleagues are in Kyiv and its vicinity, some moved to Western Ukraine and some have crossed the border to safety. Most colleagues continue to work 24/7, as every one of us, crisis managers and communicators, has been voluntarily mobilised to defend Ukraine’s information space and explain to the world what is happening, if someone still needs an explanation.

We’ve seen this film before

Russia has lied before, but during the war its toxic lies are tripling and quadrupling every day. “We target military infrastructure,” says Putin and we see the video of a dying six-year old girl in Mariupol, her mom in full devastation. “We don’t target civilians,” says the supreme leader of Russia, as cluster bombs explode in Freedom Square of Kharkiv, a city of 20 universities, a city that we consider the second capital of the world.

Putin, as every Russian and Soviet leader before him, underestimates Ukrainians. He, as many before him, forgets that brutality has been applied to us before, but Ukraine is resilient and we will resist anyone who decides to occupy Ukraine or undermine our identity. The future of Ukraine will be decided by Ukrainians.

We have paid a price already

We are tired of this Russian ideology and bullying behavior. We are a nation that has voluntarily given up our nuclear arsenal in 1994 with a goal to facilitate non-proliferation of weapons and support peace in the world. Russia was supposed to be one of the guarantors of our territorial integrity, instead it attacked Ukraine in 2014. This has already cost us over 1,000 lives, 1.5 million people have lost their homes, and it also took away 200 European lives in the downing of MH17. Unfortunately, the response of Western democracies was too little and too late.

Yet, since then, we in Ukraine have learnt our lesson and have built probably one of the best armies in the world, which now is comprised of 250,000 professional personnel, hundreds of thousands of veterans of the previous eight-year war, and we have queues of another 100,000 volunteers from Ukraine and abroad who want to join the territorial defence. No less than the fate of humankind, not only Ukraine’s future, is in their hands and arms now. If Ukraine fails, the world immediately becomes a far more dangerous place.

As Anne Applebaum, Timothy Snyder, Luke Harding and so many other Western friends have repeatedly said: “Putin is right about one thing: a free, prosperous, democratic neighbour is a threat to his autocratic regime.” And yes, we continue to need the world’s solidarity in making sure that Russia’s might is not right. The world in 2022 does not have to be Orwellian, where some are more equal or sovereign than others.

What can you do to help Ukraine?

Weeks ago, Richard Branson called on business leaders: “This is the moment to come together and stand up for Ukraine’s sovereignty. Even if it comes at a price, all of us should send a clear message that unilateral aggression is always unacceptable and that the global business community will support the full range of sanctions against any nation that seeks to violate the sovereignty of another.”

I can only reiterate that the international community now needs to recognise that there is no convenient middle ground between the Russian and Ukrainian positions: to be or not to be is not a question of compromise. We all need to be ready to pay the price of freedom.

In one of Paul Holmes’ recent op-eds, he asked the very question that bothers us: many global businesses have benefited for very long from a relatively stable political environment but “are they prepared to stand by and see that environment destabilised? Does democracy matter?”

We have had a rule at One Philosophy to not work with Russian clients and suppliers until Russia gives back Crimea, withdraws from the occupied regions of Ukraine and pays reparations. I am sure that the frozen Russian assets in Switzerland and elsewhere cannot make up for the losses of children’s lives and the shattered future of civilians we have been losing every day, but it should help rebuild the free and prosperous Ukraine when we win.

It is important that international agencies understand the nuances of this difficult context. I call upon the global PR community to support Ukraine as a nascent democracy defending both ourselves and the rest of the free world. Authoritarian regimes do not need public relations. They achieve their goals via wars and propaganda.

To those sending me messages from Moscow about how ashamed and sorry they are, I respond the same as Andy Hunder, president of the American Chamber of Commerce in Ukraine: go public with what you’re saying to me. Now’s not the time to be hushed. As the ICC in The Hague launches an investigation into Russian war crimes and crimes against humanity in Ukraine, I call on all multinational businesses in Russia to speak up now and not wait for sanctions with which you ultimately comply when it’s too late. Demonstrate leadership.

How will you justify in future why you kept silent and did nothing to stop the killing of innocent civilians? What will you do to help protect and enable the dreams of millions like our Natalia and Lisa?