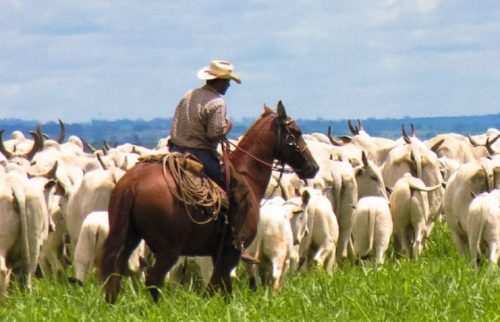 Geneva, Switzerland, September 19, 2021 / TRAVELINDEX / Annual consumption of food and agriculture products rose by 48% between 2001 and 2018 – more than twice the rate of increase in human population – as reported in a new analysis published by the Tropical Forest Alliance at the World Economic Forum entitled Forests, food systems and livelihoods: Trends, forecasts and solutions to reframe approaches to protecting forests.

The report, which tracks the relationship between the rising demand for food and agricultural products and deforestation, paints a picture of increasing competing demands on tropical forest landscapes. Since 2001, 160 million people have been lifted out of poverty and undernourishment increasing the per capita food consumption, particularly protein which has risen 45% since 2000.

In producer countries, these trends are often linked to economic development and rural livelihoods that creates a set of complex trade-offs for decision makers. For example, soybeans are now the most valuable export product for Brazil, and around 16.3 million people (12% of the total workforce) are employed in the palm oil industry in Indonesia.

The report also highlights the significant loss of primary forests, which are rich stores of carbon and biodiversity. An area exceeding 60 million hectares of primary tropical forests have been lost since 2002 – almost the size of France. The loss was 12% higher in 2020 than the previous year, despite all the efforts by governments, businesses and civil society. More than 80% of this deforestation happened in landscapes where agriculture is the dominant driver and much of this is linked to the production of globally traded commodities including soy, palm oil, cattle, cocoa, coffee and wood pulp.

In the face of this reality, the report concludes that those working to reverse deforestation need to deploy systemic solutions that take into account the multiple competing demands on these landscapes. For example, incentives can be provided for farmers to conserve more while producing food, with potential sources coming from both carbon finance and domestic finance for rural credit. More effort needs to be applied to boost productivity sustainably, particularly for smallholder farmers in the face of greater climatic stress. Improved technical assistance and new plant material to help increase yields, as well as support with the diversification of income streams, are essential.

Mr Samuel Abu Jinapor, the Minister of Lands and Natural Resources, Ghana says: “The time for action is now. We will pursue progressive policies with the overarching view to restoring the forest cover of Ghana, thereby contributing to the global effort against climate change.”

Justin Adams, Executive Director, Tropical Forest Alliance, says: “No single policy or solution can resolve this. Commodity-driven deforestation must not be treated in isolation – either as a purely environmental issue or a supply-chain problem. Keeping forests standing is linked directly to sustaining rural livelihoods, ensuring food security for a growing global population and supporting economic development. Crucially, the community of action working on this issue must broaden beyond those engaged at the forest frontier and environmental issues to include actors in the food system more broadly, such as farmers, local communities, local businesses and local governments.”

There is some evidence that private sector supply-chain strategies are helping to reduce deforestation. For example, Nestlé has assessed that 90% of key ingredients – including palm oil, sugar, soy and meat – are deforestation-free as of last year, and has committed to 100% deforestation-free products by 2025. Magdi Batato, the Executive Vice President and Head of Operations of Nestlé says: “A forest positive future is possible if the private sector collectively moves its focus on achieving a positive impact in the critical landscapes that underpin our food systems, and if we work hand-in-hand with farmers and local communities, and governments to form wider solutions across local, regional and global levels. The benefits are numerous: more resilient communities and livelihoods, more sustainable food systems, and a healthier planet.”

While many companies are committing to ambitious efforts in their own supply chains, it is also critical that this is done in conjunction with a broader sector-wide transformation to reduce net deforestation. Landscape-scale or jurisdictional approaches, which promote sustainable practices by rooting them in local governance systems, offer a practical way for both companies and governments to collaborate.

Christine Montenegro McGrath, Vice President and Chief Global Impact and Sustainability, Mondelēz International and Co-Chair, Consumer Goods Forum Forest Positive Coalition of Action says: “Important shifts are taking place – and as we look ahead to the UN Food Systems Summit and COP26 this year – we need to integrate food production as a critical part of the collective action required to meet both the Paris Agreement and goals on biodiversity. This report shows that landscape-scale initiatives provide a crucial piece of that puzzle for businesses who are on the journey to becoming forest-positive.”

The Intergovernmental Panel on Climate Change (IPCC) last month provided alarming evidence about the irreversible changes to the climate including for forests, and has also established that climate change is already having an adverse impact on food security and terrestrial ecosystems, with the tropics among the most vulnerable regions in terms of crop yields. This report predicts a shrinking agricultural labour force, posing even further risks for agricultural production.

President of the World Economic Forum Borge Brende says: “This combination of risks from climate change and demographic shifts suggests that the rural development models that have underpinned the expansion of tropical agriculture in the first two decades of the century are coming under increasing pressure from several angles. This underpins the need for a multistakeholder approach to find systemic solutions exemplified by the work of the Tropical Forest Alliance and the FACT Dialogue that will be presenting its findings at COP26 in Glasgow.”

Finally, the report points to the need to tackle data gaps that can enhance transparency in supply chains. There have been a number of promising innovations in recent years in improving transparency and data quality, especially the use of satellite imagery. However, despite this progress, gaps remain, including concession boundary maps, trade and export data, distinguishing between tree cover loss and deforestation, spatial data on crop production, incorporating information on time lags (between deforestation and associated production) and improving the rigour by which drivers of deforestation are understood.