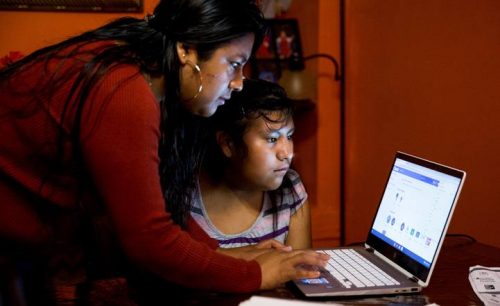 Lee Hsien Loong, Prime Minister of Singapore, echoed many of the ideas and fears espoused by fellow world leaders over the course of The Davos Agenda week. He noted the renewed sense of global collaboration in the fact that, as a result of COVID-19, “we were forcefully reminded that our fates were intertwined and we had to work together.” This, he suggested, has led to a period in which confidence has been rebuilt. The task now is to ensure this continues, particularly in a geopolitical sphere where tensions between China and the US continue to reverberate.

The prime minister noted that as the world transitions to a new phase, “hard decisions will have to be made”, adding that “to resume growth, we must look beyond returning to the status quo ante”. Like many leaders in the past week, Lee expressed his fears over climate change, which he described as “accelerating dangerously”. He did, however, suggest that “if countries act now and in concert, we can still hope to avert a catastrophe.”

Looking ahead to May when the city state will host the Forum’s Annual Meeting 2021, Lee said he hoped that by hosting the meeting, Singapore could contribute to the continuing global discussion on these issues.

With the incidence of COVID-19 increasing in Japan, Prime Minister Yoshihide Suga said: “I am standing in the frontline of the battle,” and pledged that “no one’s health is left behind.” He cautioned that lessons had to be taken from this experience to “prepare ourselves for future crises.” In this respect, Suga underlined Japan’s “unwavering commitment to free trade” and its commitment to a green recovery, seeking to achieve carbon neutrality by 2050 through mobilizing all policy measures and creating a digital agency.

He reiterated that Japan would hold the Olympic and Paralympic Games later this year, calling for “continued support” in this endeavour.

“Cooperation is proving the most efficient way to deal with the pandemic and its impact,” said Arancha Gonzalez Laya, Minister of Foreign Affairs European Union and Cooperation of Spain, echoing a widespread sentiment from the week, before adding: “We wouldn’t have been able to develop a vaccine in less than a year if it hadn’t been for international cooperation – by the way, public and private.”

This sense of collaboration between the public and private sectors was noted by François-Philippe Champagne, Minister of Innovation, Science and Industry of Canada, who said “government can do big things, but the partnership between the public and private sector has helped us to do big things fast.” They were joined by H.H. Prince Faisal bin Farhan Al Saud, Minister of Foreign Affairs of Saudi Arabia in this sentiment, who said the effects of the pandemic have shown that we can’t address global challenges unless we work together.

Africa took centre-stage with Nana Addo Dankwa Akufo-Addo, President of Ghana, warning that “the gains African countries have recorded in trying to create societies of opportunities for all our peoples are being seriously threatened” as a result of the pandemic. He said that those in “Africa should make every effort to generate for ourselves the additional funds we need to advance”. He went on to lay out a six-point plan for all African nations, including working to secure a return to macroeconomic stability and fiscal responsibility, using digital technology to enhance their socio-economic position and developing robust institutions.

Institutions featured in a discussion on the international system, with reform of the World Trade Organization topping the agenda. Sigrid Kaag, Minister for Foreign Trade and Development Cooperation of the Netherlands, said the organization still “plays a central part”, but warned that “it’s now or never for the WTO.” She argued that three things are required to address reform – namely tackling current societal challenges, restoring a level playing field and reviving multilateralism, which she described as “the enabling factor”.
Elizabeth Truss, Secretary of State for International Trade of the United Kingdom, echoed these sentiments, saying: “It’s in everybody’s interest to see the system restored, including China’s,” but cautioned that it requires “full engagement of all those interested in restoring multilateralism”.

In a week where news outlets reported that the European Union was threatening to block vaccine exports over fears of supply problems, “vaccine nationalism” was hotly debated. Taro Kono, Minister in charge of Administrative Reform and Regulatory Reform, Cabinet Office of Japan, admitted his concerns, saying: “It is understandable to put their own people first, but we are living on the same planet and supply chains are global.” He added: “If we disrupt supply chains in one way, it could lead to retaliation.”

Retno L. P. Marsudi, Minister of Foreign Affairs of Indonesia agreed, issuing her own plea: “Please stop the politicization of vaccine, please stop the vaccine nationalism. We must remind ourselves vaccines are a humanitarian issue, not a political one.”

Meanwhile, Kang Kyung-Wha, Minister of Foreign Affairs of the Republic of Korea, took a different tack. After describing the COVAX facility as a “saving grace”, she suggested that it might offer a sustainable mechanism example for dealing with other crises.

Valdis Dombrovskis, Executive Vice-President for an Economy that Works for People, European Commission, clarified Europe’s position on vaccine exports, saying that the bloc was “fully committed to play its part” in ensuring vaccines’ availability throughout the world. He spoke of a “time-limited system to ensure clarity on products and exports in the EU” for vaccines that had been purchased in advance and stated clearly that “humanitarian needs and the COVAX facility, were fully exempted” from the measures.

Several ministers spoke about the China-United States relationship, with most cautiously optimistic of a possible change of dynamic with the incoming Biden administration. Fu Ying, Vice-Chairperson, Foreign Affairs Committee, 13th National People’s Congress of China, described the bilateral relationship as one of “cooperation and competition” and suggested that how “China and the US define [their] relationship is important not just to both countries but to the world.”

Ernesto Araújo, Minister of Foreign Affairs, Ministry of External Relations of Brazil, warned of threats to democracy and of what he called “techno-totalitarianism” used to suppress and control populations. He called for “an international system that rewards democracy”.

About The Davos Agenda
The Davos Agenda is a pioneering mobilization of global leaders aimed at rebuilding trust to shape the principles, policies and partnerships needed in 2021. A full week of global programming is under way, dedicated to helping leaders choose innovative and bold solutions to stem the pandemic and drive a robust recovery over the next year. Heads of state, chief executives, civil society leaders and the global media are participating in almost 100 sessions spanning five themes.