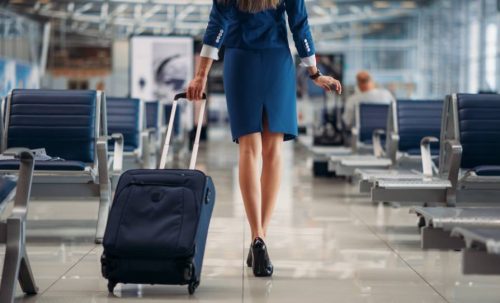 London, Great Britain, August 7, 2020 / TRAVELINDEX / Nearly three million jobs in the UK – and 197 million worldwide in the Travel & Tourism sector globally – look set to be lost due to the collapse of travel, according to the World Travel & Tourism Council (WTTC).

WTTC economic modelling conducted less than two months ago predicted this ‘worst case scenario’ would occur if barriers to global travel, such as quarantine measures and blanket travel restrictions were to remain in place.

While some travel bans have been removed, many others remain, with new restrictions likely to come into force to tackle the continuing threat posed by COVID-19 and possible second spikes.

However, the confusing patchwork of bans, quarantines and uncoordinated international testing and tracing measures, have deterred many people from travelling at all with the peak summer 2020 travel season all but being wiped out.

Last week travel to Spain was thrown into chaos when the UK government changed its travel advice to re-impose a 14-day quarantine period for people arriving back in the UK. This countrywide ‘travel ban’ came despite parts of Spain, such as Andalucia, the Balearics and Canaries having a lower COVID-19 infection rate than the UK.

WTTC estimates the UK now looks close to losing a staggering $186 billion from the Travel & Tourism sector’s contribution to UK GDP, equating to a 73% percent drop compared with 2019.

Gloria Guevara, WTTC President & CEO, said: “It’s heartbreaking to see our worst fears for the UK and global Travel & Tourism sector coming true. The jobs and livelihoods of millions of people who work throughout the sector are disappearing by the day, despite our warning this could happen.

“While we acknowledge the UK government’s efforts to support Travel & Tourism during this crisis, the UK alone looks set to lose three million jobs in the sector, creating an economic black hole of US$186 billion in the country’s finances. This is due to an international failure to implement proper coordination to combat the pandemic.

“However, we still have time to turn this around if we act together now as one and replace ineffective quarantines with comprehensive rapid testing, a worldwide accepted standard of contact tracing and widespread face mask usage. Employing the latest technology, combined with mass adoption of protective face coverings, will help restore confidence to the traveller.

“Governments around the world must align their policies and work hand in hand with the private sector to revive Travel & Tourism, so we can restore jobs and help revive the global economy.

“We strongly believe that by working as one we can beat COVID-19 and return to safe travels with world class standards of hygiene to travellers and regenerate the jobs and livelihoods of the 300 million people who worked in the sector before COVID-19. That is a much more, cost effective and efficient option which will alleviate the terrible economic impact of mass unemployment.”

The health and safety of travellers and those who work within the sector is always the number one priority. However, there is ample evidence from other countries which suggests only those who test positive should be quarantined.

This would protect public health and save lives, whilst restoring consumer confidence, driving the global economic recovery, and saving the jobs of millions of people whose very livelihoods depend upon a thriving Travel & Tourism sector.

WTTC had urged governments to follow a four-point plan to avoid the ‘worst case scenario’ it feared could take place.

The plan recommended the immediate removal and replacement of travel bans and 14-day quarantine measures, with ‘air corridors’ to stimulate the Travel & Tourism sector and the wider economy.

It also urged the adoption of global health and safety protocols, such as the ‘Safe Travels’ initiative launched by WTTC, to provide assurance to travellers and those working within the sector.

WTTC believes the implementation of a rapid test and trace strategy is a critical step to help contain the spread of the virus, while still allowing people to travel responsibly and encouraging greater and sustained collaboration between the public and private sectors to ensure a standardised, global approach to the crisis.

WTTC has continually been at the forefront in leading the private sector in the efforts to rebuild global consumer confidence and encourage the return of Safe Travels.

According to WTTC’s 2020 Economic Impact Report, during 2019, Travel & Tourism was responsible for one in 10 jobs (330 million in total), making a 10.3% contribution to global GDP and generating one in four of all new jobs.